The smallest mammal is the Hog-nosed Bat (Bumblebee bat) weighing under 2 grams.

The largest mammal is the Blue Whale which weighs 180 tonnes.

The two monotremes (egg laying mammals) are the platypus and four species of echidnas. ther derived, having highly modified snouts or beaks, and modern adult monotremes have no teeth. Like other mammals, however, monotremes have a single bone in their lower jaw, three middle ear bones, high metabolic rates, hair, and they produce milk to nourish the young. 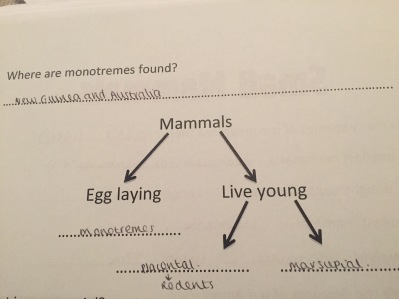 Using chicks and fish, I made otter enrichment by placing them in empty food bags. This challenged them to scavenge for their food.

Rodents are mammals with two continuously growing incisors in the upper and lower jaws. They are kept short by gnawing.

Methods used to identify animals include:

The wallabies and kangaroos at Blackpool Zoo have coloured tags (which ear specifies the gender).

I used an ID sheet and approached the animals to try identifying them myself. 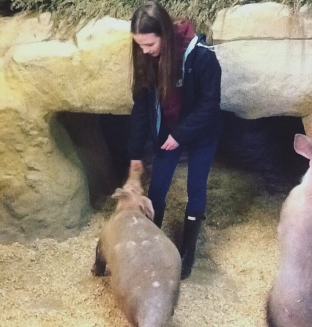 I also got the chance to meet the two aardvarks!